Roblox Rampage is a series based of the Roblox adventures of BlurayOriginals.

Roblox Rampage follows the exploits of Bluray Originam and Isaiah Altra, two best buddies who travel the planet of Robloxia fighting off antagonistic people. Along the way they are assisted by their siblings 2D Altra, Vaniah Altra and Kyle Originam, often without the two's consent.

In January 2012, the idea of the series occured when Bluriginals was being shown Roblox by his friend Mr.Zaya. Among one of their first games the met a user by the name of Ownage(numberspam). They state that the user was very immature and inspired them to make a series featuring them and the users surrounding them on Roblox, and thus Roblox Rampage was born out of the idea subsequently. The series began development March 17th 2012 with the first episodes script being finished March 25th 2012.

There are many factions on ROBLOXia, but most are known as groups.

A dissolved group that attacked the Annex of Gamers during a 7-hour interval. It formed when Bit Koin, a Vex/Ditor hybrid, went around harassing the Forum of ROBLOXia and then a bunch of followers came, and thus the forum collapsed and took a month to restructure. Subsequently, the Builders Club kidnapped the PWN POLICE members and launched them to banland.

The official name for the PWN POLICE II is Bloxxers anonymous, and the founder is Ford (of which was carried onto Isaiah Altra to take care of).  There are countless members, and the most prominent are Isaiah and 2D Altra, Apallo Hedgie, and BlurayOriginals.

An evil organization created by a fallen ROBLOXian god, Telamon. It has three degrees, Builder's Club at the lowest, Turbo Builders Club in the middle, and Outrageous builder's club at the top. Telamon mortally cursed and wounded the other ROBLOXian gods with the status. It is the largest group within all of ROBLOXia.

Robloxians in general. Moving Along.

a subspecies is a species below a classified species, not another species

There are 11 races of the common Robloxian Human(oid). Note: It is unknown the origin race of all Robloxians. 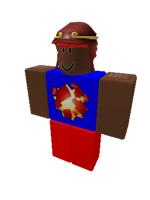 Bluray's design from Season 1 to the present. 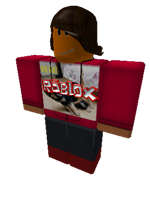 Isaiah's design from Season 1 to the present.
Add a photo to this gallery

Retrieved from "https://blurayoriginalsspecialsite.fandom.com/wiki/Roblox_Rampage?oldid=15748"
Community content is available under CC-BY-SA unless otherwise noted.